Many people are now hopping to the Marie Kondo bandwagon, particularly her method of organizing one’s belongings and getting rid of stuff that doesn’t “spark joy” in one’s life. It’s obvious that Kondo is advocating minimalism. It’s not a new philosophy, but the Queen of Clean is perhaps the most famous proponent of this movement.

Marie Kondo’s minimalist approach is well-received by many people around the world. For many homeowners, the KonMari method is the best way to turn your home into an organized and serene abode. According to them, it changes the way they value the essential things in life, and it also boosts their happiness.

Indeed, life seems like chaos when you own too many things that you don’t need. New homeowners can try adopting minimalism to make your house clean, tidy, and less stressful. Here are some tips on how you can do that. 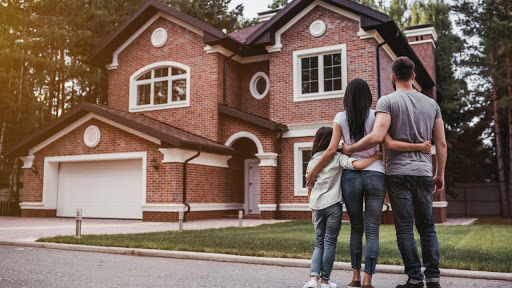 Figure Out How Many Stuff You Have

Most of the time, we own things that are gathering dust or stored in boxes in every corner of your house. Examples of stuff that accumulate in large numbers are clothes. A modern human being just owns too many clothes, and I’m talking about old and new clothes.

Too much clutter in your home can also clutter your mind. It’s no wonder a lot of people are stressed out nowadays. If they think that they don’t have enough space for their belongings, they would consider buying a new house. And this will be the only time that they would deal with the things that don’t have any essence or usefulness.

Even before you move out to a new house, make sure that you take stock of the number of stuff you own that don’t have any use to you. Don’t hassle yourself by thinking only of your possessions on the day you transfer to your new home. Weeks or days before moving out, figure out the things that bring you happiness and those that only eat up precious space.

Don’t Bring All Your Possessions to Your New House

Just imagine the inconvenience of moving too much stuff to your new home. You have to spend money to work with movers for that one. If you want to do it yourself, on the other hand, the job will surely cost you a lot of effort, especially if you have a mountain of belongings to put in the back of a pickup truck.

So, how to make your moving-out day less stressful? Let go of the things that you don’t need and bring only the essentials.

The less stuff you bring your new house, the more convenient it will be for you to transfer those things there. For sure, it’s hard to discard items that have been in your possession for a long time. But you have to do it because you’re now taking on a new life.

Just keep in mind the minimalist principle of less is more to inspire yourself to let go of the inessential stuff. Also, you have to think about how much money and brute force you’ll save if you only move with a few of your prized possessions.

It will be easier to organize your belongings once you move into your new abode if you put similar stuff together in one place or container. Days before moving out, you can do this task to ensure that all your important possessions are ready for transfer.

Pick those stuff placed all around your old home. For instance, if you have pairs of shoes in the living room, in the hallway, or your closet, pack them in one big box with a label. Do the same with your books, clothes, and other items.

When you put the same items together in one container, you won’t have a problem later unpacking and organizing them in your new home. You can also assess them more carefully according to their value and usefulness. Also, don’t forget to mark the container by content so that it’s easier for you to know which is which.

Have a Designated Place for Your Belongings

Having a new house requires you to invest in cabinets, shelves, and other storage solutions where you can organize your prized possessions. In this way, your belongings are in their proper place and not scattered around.

Make sure that your shelves and cabinets are placed strategically in your house. Choose the ones that can enhance your home’s aesthetics. And since you’re adopting a minimalist lifestyle, just pick a few storage solutions that can hold your belongings.

Moving to a new house is an opportunity for you to start adopting Marie Kondo’s style of minimalism. Taking the minimalist approach can make your new home tidy, serene, and beautiful. It also has a significant impact on your well-being because you’ll cut your unnecessary attachment on material things and focus more on what’s essential in life.