Lightning strikes kill about 10 Canadians per year and injure upwards of 100 others. While the numbers may seem small, always take electrical storm safety seriously. If you suffer a lightning strike, the event may well be survivable. However, this often comes with lasting physical or neurological damage.

Bear in mind that these numbers above only apply to lightning strikes suffered by humans; the numbers for lightning striking objects such as trees, powerlines, and damaging electrical equipment or causing power surges are significantly higher. 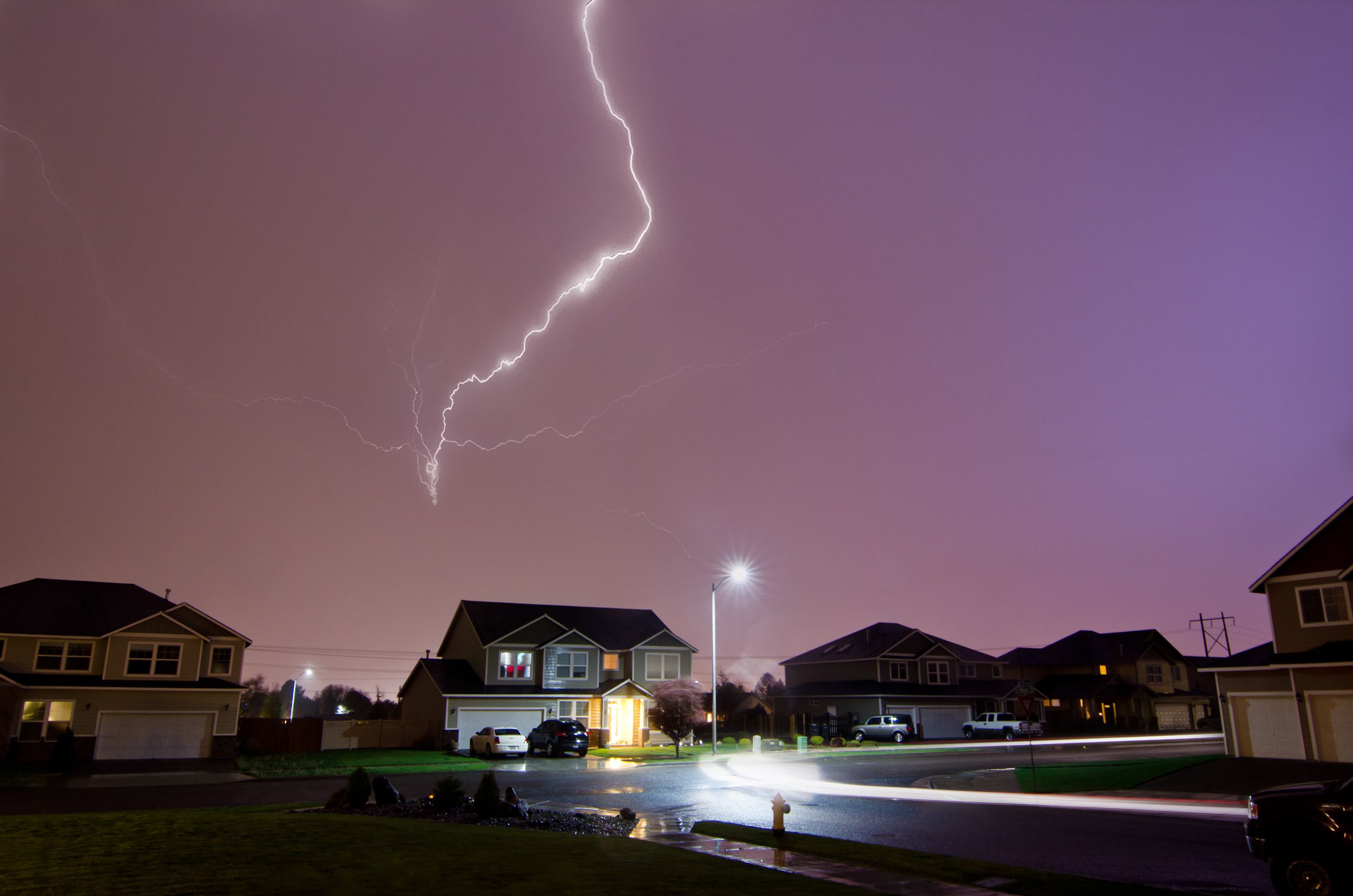 We’ve put together some basic tips that will help you avoid damage from electrical storms.

The Danger Of Power Surges

A power surge is defined as an intense and sudden increase of voltage that exceeds the standard 120 volts that circulate through your home and ramps it up into the thousands or even tens of thousands. This is, of course, quite dangerous and can render computer systems, television sets, HVAC systems, and appliances completely useless.

Power surges are commonly caused by a nearby bolt of lightning hitting a utility pole or downing power lines that feed into your home. This raw electricity can burn through your wiring, circuitry, and is known to start fires.

If you do experience a severe power surge, it will almost always require an electrician’s assistance. If you’re based in Victoria, contact the electrical repair professionals at Arta Electric.

An excellent preventative measure is installing a surge protector or suppressor. Surge protectors can be found at most hardware stores. Some even offer warranty protection if the suppressor fails. However, it would be best to ensure that your personal property is properly insured in case of damage due to electricity.

The best place to be when there’s a storm warning in effect is indoors. If you aren’t able to reach your home before the storm hits, try and reach the nearest sheltered area such as a convenience store, cafe, or stay in your vehicle until it passes.

Always be mindful of the ‘30-30’ rule, which is if thunder follows lightning within 30 seconds, remain where you are for another 30 minutes.

Under no circumstances should you venture onto a body of water if there is a forecasted electrical storm. Lightning is attracted to the tallest object, which would be you. As well, water is one of the best electrical conductors out there.

Even when indoors, there are areas of your home as well as tasks you should avoid during an electrical storm.

Windows – Hazards such as hail or powerful wind gusts that carry debris can make your windows and skylights vulnerable to damage.

When safely inside your dwelling, be sure to stay in a central area, preferably a basement that’s away from windows and doors. Shut your doors firmly, including the garage door.

Water – We know that water is a powerful conductor of electricity. Take care to avoid bathing, showering, and doing dishes until the storm passes. Lightning can strike outdoor plumbing components and travel through the metal pipes.

Metal – Avoid using metal appliances like stoves, washers, as well as electronics such as entertainment systems, your landline, and desktop computers. Opt instead for wireless devices like cellular phones and unplugged laptops.

Electrical storms present a multitude of hazards. In provinces like Ontario and the Prairies, they can cause considerable damage and every precaution should be taken.

If you hear thunder, it is close enough to endanger you from the effects of lightning damage. Be sure to follow these tips to keep yourself and your home safe from electricity during a storm.