When it comes to outdoor cooking equipment, there is no bigger name than Primus. A lot of its fame all over the world comes down to the fact that it has been the outdoor stove of choice on a series of iconic adventures and expeditions.

The Primus brand is a triumph of Swedish engineering and has been since it was launched in 1892 by F.W. Lindqvist and J.V. Svenson in their small blacksmith’s workshop in central Stockholm. They wanted to produce the world’s first soot-free stove and the result was the Primus. In the years that followed, the name has become less of a brand and more of an icon. In fact, just five years after being launched onto the world market, Primus was well on the way to attaining that status, thanks to its connection with some of the world’s greatest adventurers. 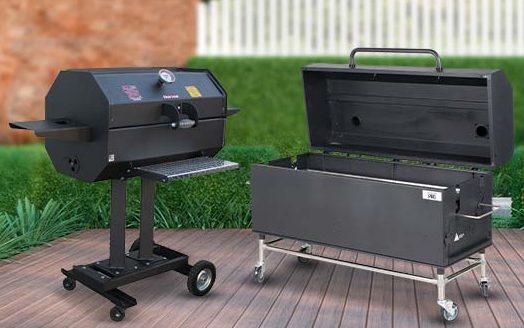 For example, Swedish explorer S.A Andree took a Primus stove with him on his ill-fated balloon expedition of 1897, which attempted, and failed, to reach the North Pole from his takeoff point of Svalbard, an archipelago between mainland Norway and the North Pole.

More successful was the famed Norwegian polar explorer, Roald Amundsen, who became the first person to reach the South Pole. In 1910, he and his party of five left Norway on the ship Fram and they reached Antarctica in January 1911. In their luggage were several Primus stoves, which would be put to the ultimate test in these most challenging of conditions. His party established a base camp at the Bay of Whales, a natural ice harbour and the southernmost point of open ocean in the world. After setting up a series of supply depots on what is now known as the Ross Ice Shelf, they set out for the pole in October. The party became the first to successfully reach the South Pole on 14 December 1911. Amundsen’s party reached the Pole about one month before Robert Falcon Scott, who is probably a more famous name in international exploration – but unlike Scott, Amundsen made it off the frozen Southern continent alive.

It could be said that the Primus name reached its greatest heights in 1953 when New Zealand beekeeper Edmund Hillary and sherpa Tenzing Norgay used one as they became the first to successfully reach the summit of Mount Everest. Hilary and Norgay became household names the world over, while Primus only added to its legend of being to work reliably in the most extreme conditions.

The connection between Primus and Mount Everest doesn’t end there. In 1996, the Primus MultiFuel, the first stove to be able to run on LPG, white gas, kerosene and even aviation fuel was tested on an ascent of the mountain, before being successfully launched to the worldwide market in the following year.

It’s fair to say that Primus has an appetite for adventure. But what is notable about its association with some of the world’s most famous expeditions is that it is seen as being reliable and efficient outdoor cooking equipment, even in the world’s toughest and most inhospitable regions. This is why outdoor retailers are happy to sell the brand to customers who might be planning an adventure of their own.