Most historians and archaeologists are amazed at just how ingenious ancient mankind was when it came to creating shelters and different monuments. Without any modern tech, our ancestors built structures that still stand today, whereas you would be hard-pressed to find a house built a century ago that’s still standing without having been entirely remodeled. Though that isn’t to say that we haven’t improved on some of those techniques over all these many years. Roofs, for example, are something that we do much better in our civilization than in civilizations previous. Our techniques are faster, more expedient and economic and also a lot more versatile. For instance, we have flat roofs, which give us extra living space either through creating physical gathering spaces on the roof or by just having a place to keep our HVAC units, power supplies, and other essentials. 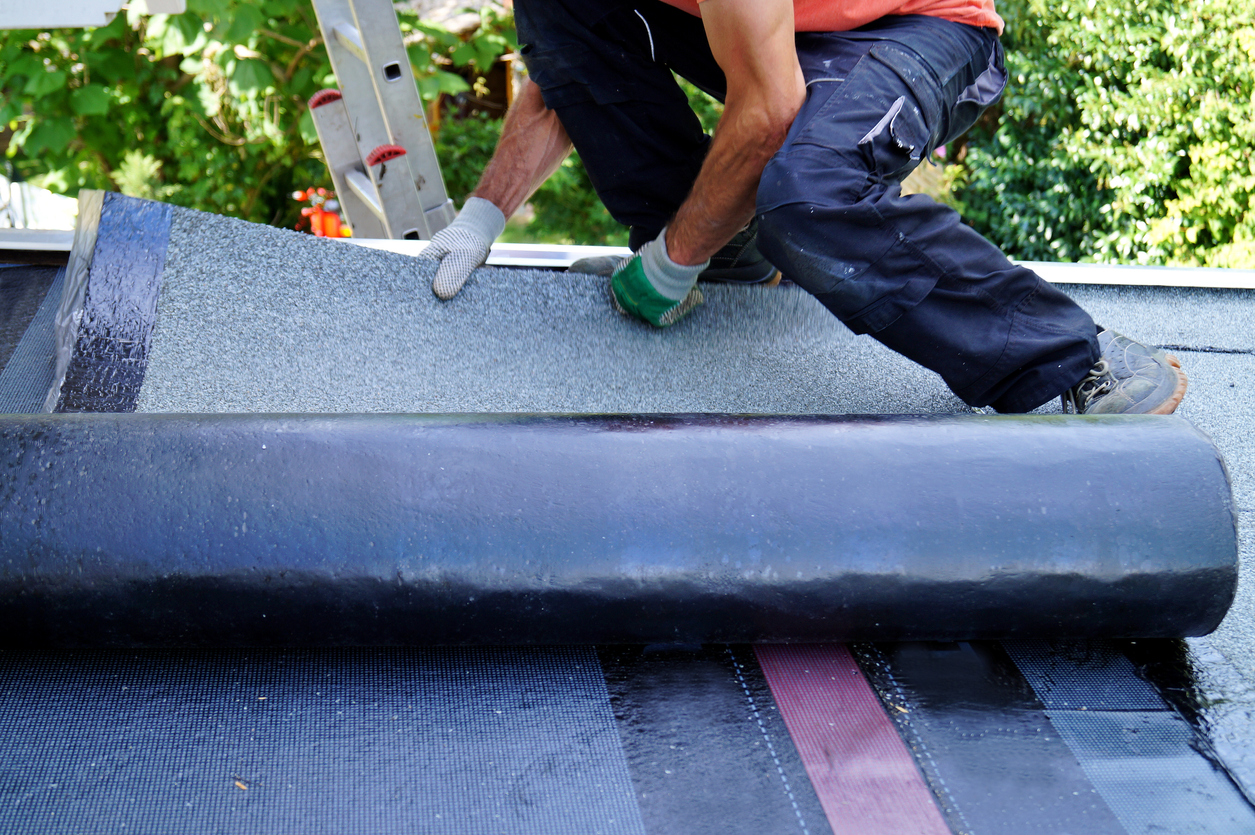 Flat roofing is the convenient industry standard because it works. There’s a reason we haven’t re-invented the wheel; the original design is the best we have. The same goes for flat roofing. It’s the absolute best way to go for apartments, schools, hospitals, office buildings, factories, and much more, especially when a company like Calgary City Roofing & Exteriors is on the job. Some people even prefer a flat roof on their barns and sheds, and other structures that aren’t commercial. Though while it’s a great type or roofing, many people wonder how it’s made. Here is some information on the construction of a flat roof.

The first thing you have to do when constructing a flat roof is to frame it out. When you hear the term “flat,” that’s not entirely the case here. You still have to prevent the pooling of water on a flat roof. Debris is most likely going to have to be removed manually, and there’s not much you can do about snow and ice, but most flat roofs have a 10-degree angle, a very slight slope, so that water doesn’t pool. So the idea is to frame this gentle slope initially into the design. This is going to be the hardest aspect of creating the roof.

As for the materials used to frame out the roof, it really all depends on the size of the roof and the functionality of the finished product. For instance, larger buildings and buildings whose roofs are going to be rated for outdoor living are going to use metal materials like steel beams for their framing. Wood just isn’t going to do with such applications, and so the beans used to frame will be metal. Smaller structures, of course, are framed out with quality wooden beams.

Next up in the process is covering that framing up. By and large, what you see with any roof’s construction is that some material is going to cover up that framing. Two things are incredibly important here. First up, the material has to be strong; very strong. Even if the roof isn’t rated to put a patio on, it still needs to be strong enough that people can walk on it to install the entire roof, and also so the elements don’t cave the roof in. Secondly, it needs to be durable enough to hold up to the test of time. It can’t just rot away or lose its strength. These materials need to be sturdy.

This is why plywood is used for smaller roofs, due to its incredible strength as a composite, while you see metal roof coverings with larger structures. Again, as with the framing of the roof, the materials used to cover that framing will depend on the size and purpose of the roof. Though covering it up happens immediately after framing.

After the roof is framed and the initial covering is put on, the roof still has to be completed. For many roofs, this means a waterproof membrane, followed by various substances. Hot tar and gravel is ideal for many different buildings like schools and hospitals and office buildings. Apartments with livable spaces may frame something out like a deck. Some roofs will just be covered with metal and then sealed to protect against the elements before being painted. It depends on the roof.

If you need flat roofing installed or repaired, contact the local professionals in your area for assistance.